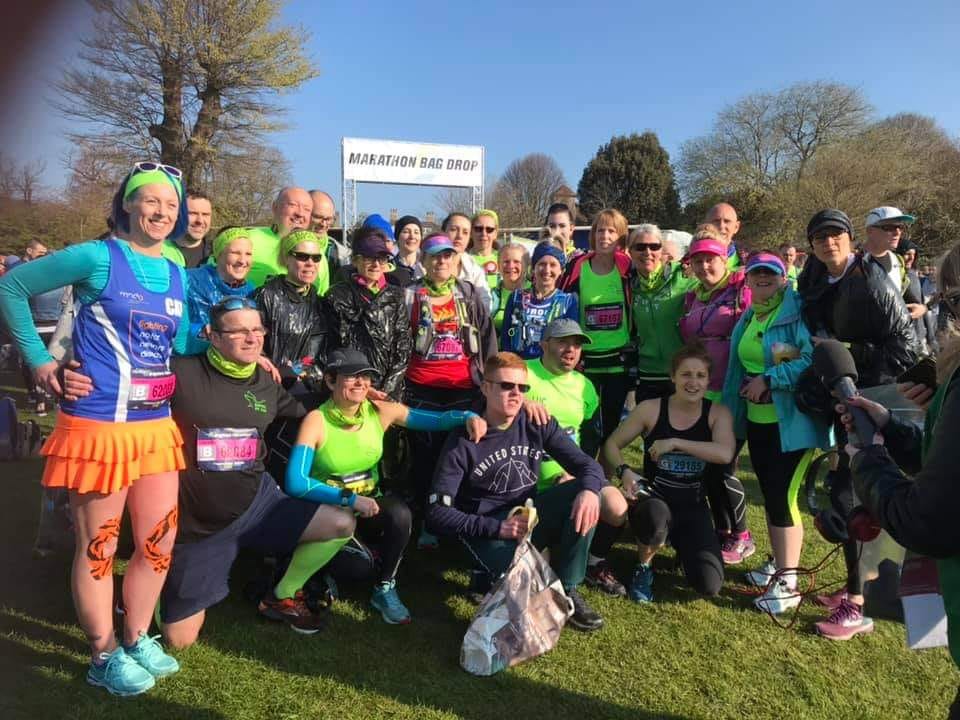 First of all those who took part massive well done, lots of first timers. Marathons are runs and not really a race. Although fast times are nice it's all about achievement especially the first time so well done what ever your time to all, especially the first timers. As a result this report does not contain much info with regards to times. If you wish to know a time please refer to the Brighton marathon 2019 results website. On my arrival to preston park I was once again astounded by the massive crowds in there the BCF presence was already strong with all the 10k preparing and the marathon runners slowly building. The BFC presence hadn't gone unnoticed by the officials and race media where on hand to interview The Boss Julie Allan Fuller and Cat Underwood. The 10k team went of and done there race and the baffineer marathon runners gathered for a team photo. Just in the mock of time the last few runners Lou Whitehead and Lee Hammond rolled up. We were all there and ready to rock. Emotions were building and a few baffineer's were already showing signs of tears in the eyes.

THE RACE
We all went to the pens and we were away. The start round Preston park was hilly and then as we went through city centre the course was busy lots of runners and even more local supports watching and shouting. Out of the town and on the seafront we were at mile 5-6'ish. Westerly up the front into the estate orphington and out again, the hills were still present. Turned around and headed easterly down seafront, mile 10 all hills done time to cruise more and eat into the distance. Half way mark we were greeted by the cheering support of Gemma Hoare, Matthew McLean and Dave Ollie Oliver. It was then onto what I call Hove boulevard. Which again were greeted by Henry, and photo snapping Brenda. Hove boulevard done were now at 16-17ish and by now most of us were probably just starting to think bugger I've still got to run another GSR. It was then onto the power station stretch if you weren't feeling it by the time you got there you most certainly were by the time you left it. Leaving it we were treated to a not nice head wind but only a PR left. Approaching the finish either side of the track BFC family were all watching and supporting. Alison Southwell, Colin Southwell, Henry, Brenda, Kelvin Howard ,Maxine priddle, Steph and my wife sharon and Luc's other half Sam. It was over.

HIGHLIGHTS AND LOWLIGHTS
I asked you all for your highlights and lowlights of the race to help me write this report. I was actually very surprised to receive no response with regards personal best and worst bits. What I actually received was messages and comments wanting to thank other BFC runners and supporting team.Just to name a few Jordan thanking cat for her help. But most for the BFC supporters Henry, Brenda ect. Mentioned in race section. Paul Daniel Norris wanting to thank Daniel Walton and Rich Harris Roty for their help, as he got into a little trouble but recovered and still done well.I think this just goes to show the support that we all have for each other and I for one am proud to be one of your coaches and I know the other coaches are the same. The first 6 BFC members to finish were all under 4 hoursSteven Parker with an amazing 3h 11m new PBBrett Rumfitt 3h 26m does this man get any better new PBJulie 3h 52m qualifying for God for ageBella Sanderson 3h 54m first timerMyself 3h 55m new PBJason Smith 3h 58m first timer.

TO SUMMARISE
The marathon was tough with hills and head winds. Great strength and endurance was shown but what got us all through was the support and love form each other including the travelling BFC team. 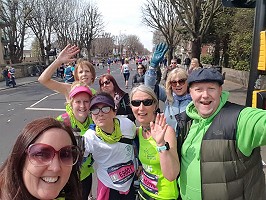 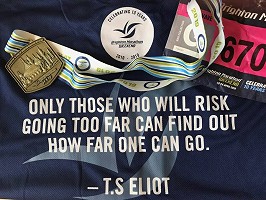 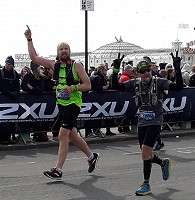 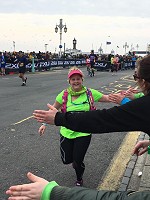 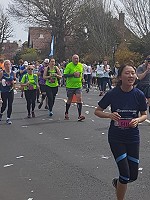 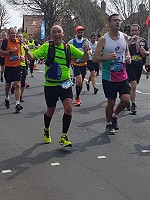