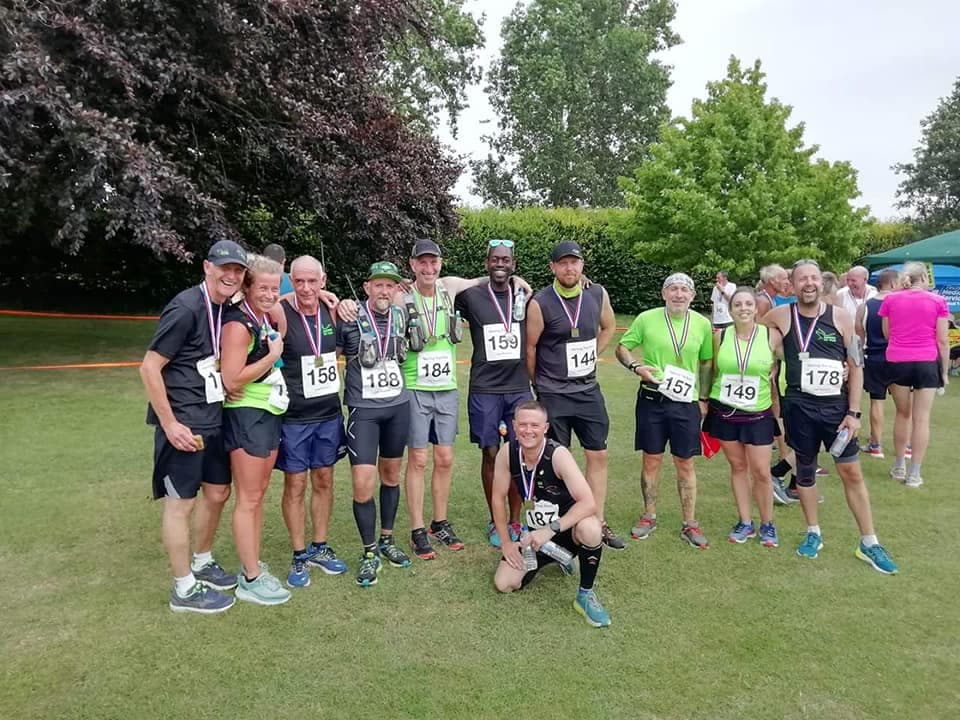 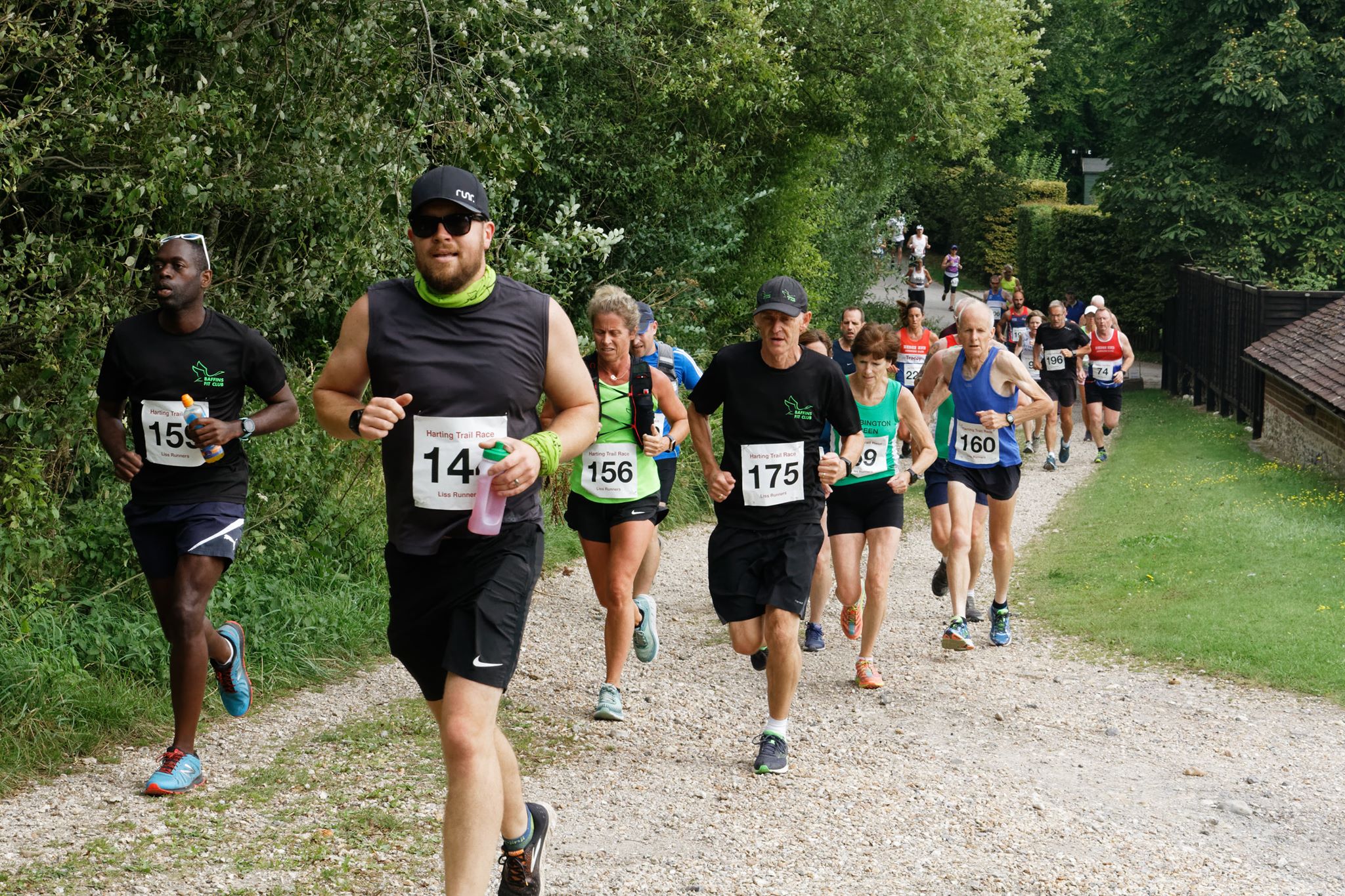 run on the Hampshire / West Sussex border soon mushroomed as these things tend to do, and

within a few weeks 11 of the FitClub family were signed up for this tricky trail race.

We could well have had more, but the combination of the elevation profile and the cut-off

cloud. Race HQ was the South Harting playing fields just off the B2146. With the race numbers

collected, there was time for a quick pre-race photo before we were walked down to the start

for a pre-race briefing by the Race Director. Nothing too out of the ordinary, although he

did warn of the outside possibility of cows on the route! (Spoiler: There weren’t any).

The hooter sounded and we were off at 10.30am - The first mile or so was uphill and relatively

steep - although since this was the route back to the finish, it would mean a nice downhill

end. After the first hill, the next four miles or so were gentle undulation, winding through the

Finally a downhill section for a mile, before a right hand turn onto the South Downs Way and another short climb. Following this was another descent towards the final water station and a quick stock up on jelly babies before switching onto Forty Acre Lane for the final hill at 8 miles.

Just under two miles to go - thankfully all downhill back to the sports ground, with a little

sprint finish on the grass. The course was around 9.8 miles, so just short of 10.

Blasting round Havant Parkrun the day before hadn't affected James Baker's legs at all, as he stormed to victory in an impressive 57mins 41secs - Almost 3 minutes quicker than the 2nd placed Julian Manning of Denmead Striders, with David Reid from hosts Liss Runners not far behind.

Daniel Walton worked his way from the rear to be the first Baffinner home in a respectable 1hr 22mins 46secs,

running in with Rich Stevens right behind. Steve Cross ran a very impressive 1hr 23mins 55 secs to finish not too far behind.