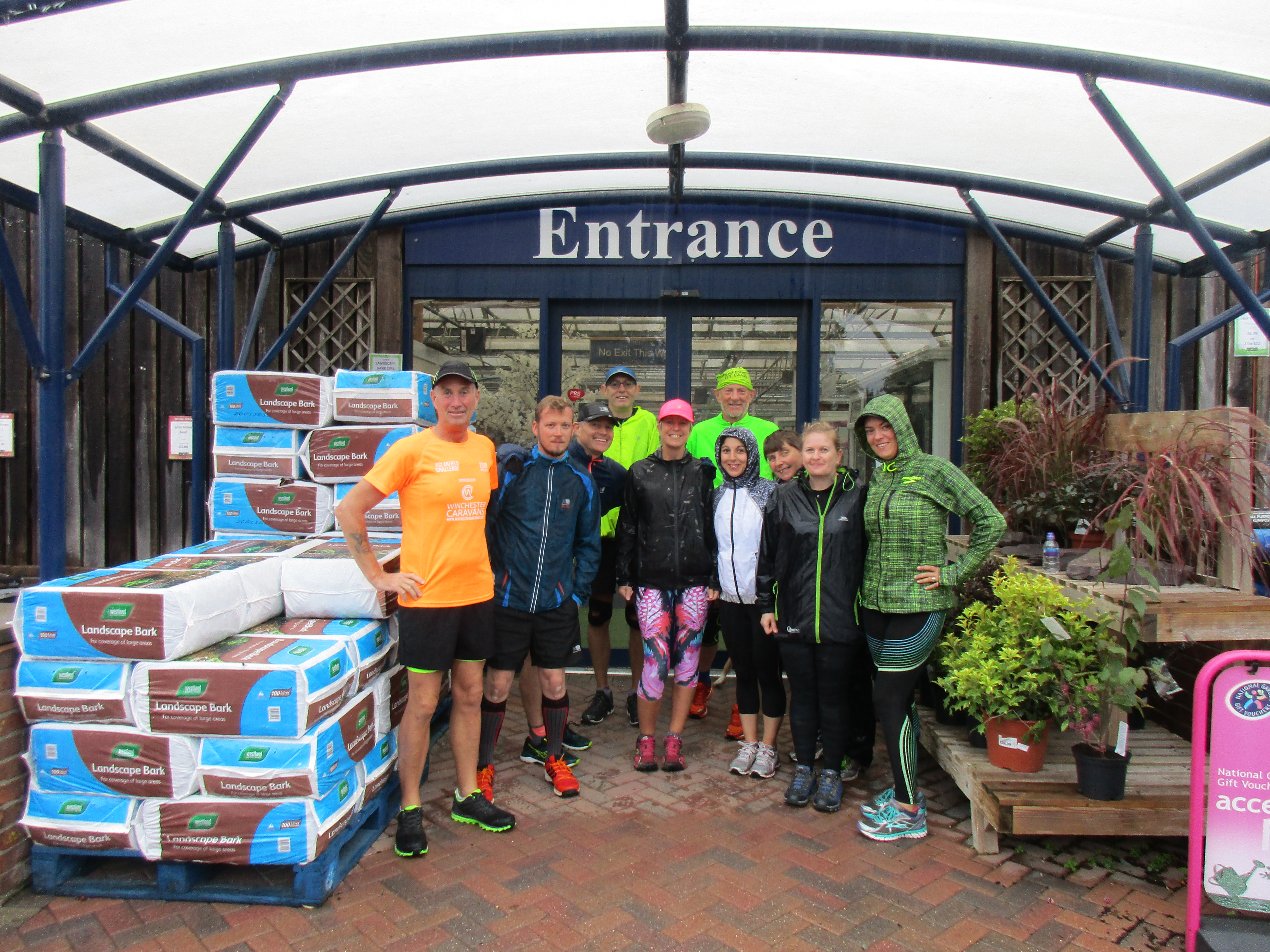 Oh my god how wet was that today.

So as some at BFC will know Dave James Poole aka Ginger Dave or GD has setup BTD (Baffins Trail Division) this will get into full swing on his return from Canada as long as he does not find himself on the menu with a Grizzly "Grrrrrrr !!"

So when I first joined BFC I was always tempted to start running trails and to some degree started running on a Wednesday night with ( I'll whisper it ) PJC.I enjoyed it and that kind of lead on to Chilly Hilly 10k which was hard work but I enjoyed the challenge "whats the point Matt where is this going its supposed to be about today at Stanstead" bear with me on this.

So a couple of years ago I saw GD posting up trail runs at QECP and the surrounding areas and also the mileage, I took one look at the route and how far and thought sod that !

I knew some of the runners that occasionally go out with GD and your talking of the likes of Denise Courtney , Lee Hammond to name a few super experienced runners both with huge mileage under their belts and a wealth of running experience.

If I'm completely honest in a way I suppose I was scared. I was worried that I would bite off more then I can chew and cause not only me issues but the people I was running with and I think there are lots of people who are new to running that can probably relate to that.

So a couple of weeks ago I bit the bullet and committed to a 11 mile run to incorporate 4 hills with GD , Kev ( sorry cant remember the surname ) Denise Courtney and Colin Southwell so I was in really good company.

I'm so pleased I decided to do it, first and foremost GD has so much experience trail running you ( if you listen ) will learn lots of different things like stance cadence etc etc super supportive and makes the run enjoyable ( maybe not up some of the steep hills ) so when I found out that he was going to introduce a 4 weekly program that catered for all levels of experience I thought this was brilliant.

Thing with running sometimes you have to go outside your comfort zone and as a perfect example Collette Brown and Kevin Friery spring to mind. The reason I'm mentioning both they have never run hills and both have run with me at Purbrook 5 Mile route and smashed it ! yes they found it hard but its a confidence thing as well putting strength in your legs .

Kev Friery today ran his first trail run with the group at Stanstead and if you ask him did he enjoy it he would tell you yes even though we were all completely soaked through from the rain. Did I mention that it was raining this morning.

So I love the occasional muddy run as to does Amy (her indoors) or as some of our running friends know my PA. So mud, water hills is something I like and enjoy doing so I wanted to try and encourage some people to do the same. Take a leap of faith do something different and see if they enjoy it and maybe build on that as part of their training plan / preparation for running goals.

So last weekend Amy and me walked a 5k route around Stanstead Estate to take in different terrain and with a bit of elevation thrown in, last week was a hot summers day and I thought the course was perfect as an introduction to trails. Then last night it rained and kept raining all night, I woke up this morning and it was still raining and heavy and I thought maybe the route would cause a few people problems as part of it was through farmers field which were muddy.

Anyway had a problem getting the car started after a quick call to Colin had this resolved and was en-route to collect Martyn Threader and then on to Stanstead.

I was lucky to have some experienced runners with me today Colin Southwell, Darren Matthews, Alex Milham ,Amy Hedley who I would like to thank for their support with the group.

Laura Hyman, Carol Carberry with Nutmeg, Alison Southwell, Alex York, Kev Friery, Martyn Threader what a brilliant run you guys had today we kept it as a group with people looping back and started and finished as a group.

We did have to back track and take a Hedley detour due to the route which included a field with cows and a menacing looking BULL !!

Before we entered the field Alison mentioned she had issues with cow's as one of her friends was attacked by a group of them and had to dive over a fence to escape and we are not even talking Bulls either. I was pretty sure if we took it easy we should be ok. So I took a quick look at everyone's clothing to check no one was wearing RED and within seconds I thought if I'm checking that then surely that means we could be in danger and quickly made the right decision to back track and take another route. Which is just as well as I was sure the big brown bull was eyeing us up.

So we took a slightly different route to include a few gates and styles and finished off with a good run back down to Stanstead House.

Best thing everyone was smiling even though they where wet and cold they all went out of their comfort zone and tried something different and that is exactly how you become a more accomplished runner.

I just want to say a huge well done to Carol, Ali, Kev, Laura , Alex Y, Alex M, Martyn. I thoroughly enjoyed running with you all this morning and you have done amazing today is some seriously stupid weather conditions.

So for those thinking but not 100% ask the guys from today about how they felt and how they found it and then make a decision.

I was stupid because I thought I would slow people down and maybe cause a problem where I would stop the run, one thing I love about Baffins is we don't leave people behind we start as a team we finish as a team.

If anyone would like to run an Intro to trails with me I will be holding another one probably in 3 weeks for those that ran today with me I'll be organising a 7k route with slightly more agressive hills at 100 Acres.

Lastly I would like to say thanks to my running buddies Darren and Colin for there support with the group today and a happy birthday to Colin for Tuesday and well done running this morning after plenty of cocktails and beerage from the meal last night,